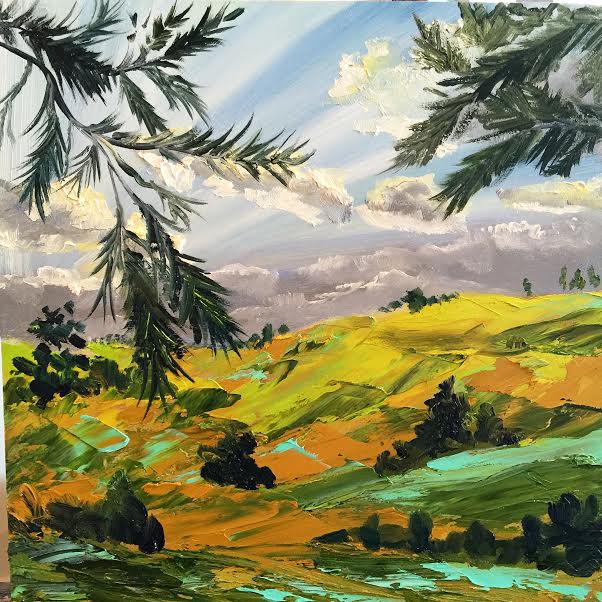 Maji captured my heart. I know, I know — I’ve been going on and on about the beauty, but it’s all true.

Most people are surprised by landscapes like Maji in Ethiopia. They often say, “I don’t think of Africa as mountainous.” I suspect that this is because most people’s views of Africa involve safaris.

But many parts of Ethiopia actually are mountainous. It is said to be one reason Ethiopia is the only African nation not to be colonized. The mountains made it hard to attack and easier to defend. That’s a big deal.

As my friend and team member Nahosenay recently pointed out, “We don’t have a Independence Day, because we only have Victory Days.” Pretty badass, I think! This creates a rich culture and sense of identity. It makes Ethiopia a peaceful and loving place to visit.

Subscribe to to the Stephanie Schlatter Art Newsletter and recieve a free digital book filled with art & poems when you sign up.