An enchanting day with a city of dreams. Imagine a group of some of the world’s all-time greatest artists, set free in a city to create and decorate. It happened, and the city is Florence.

Art is found in its original locations, the place in which it was created to be. Today, this was my playground, and I was filled with childlike awe and excitement. Popping in to see art here and there. Climbing Giotto’s famous tower to view the city from above, framed by the hills of Tuscany. A lunch that lasted most of the afternoon and was a celebration of Tuscany’s famed culinary treasures, an art form all its own. The evening was capped off with a tour of the Medici’s Palazzo Vecchio (open until midnight — I love this city!), Chianti Classico and more great food. Blessed, humbled, awestruck, inspired and so very grateful!

Deeply moved by Michelangelo’s final Pieta, created when he was 80 years old. Humbling to think of the passing of time, and to know when he created this sculpture it was meant for his own tomb in the 1560’s — but he didn’t like it, and smashed it. Thankfully,l it remains almost intact. The figure at the top is a self portrait.

A fitting end to a beautiful day… 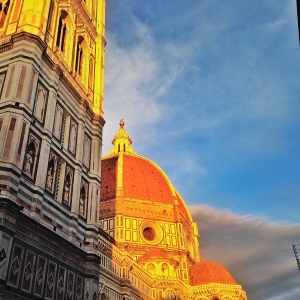 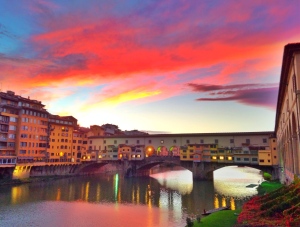 Subscribe to to the Stephanie Schlatter Art Newsletter and recieve a free digital book filled with art & poems when you sign up.